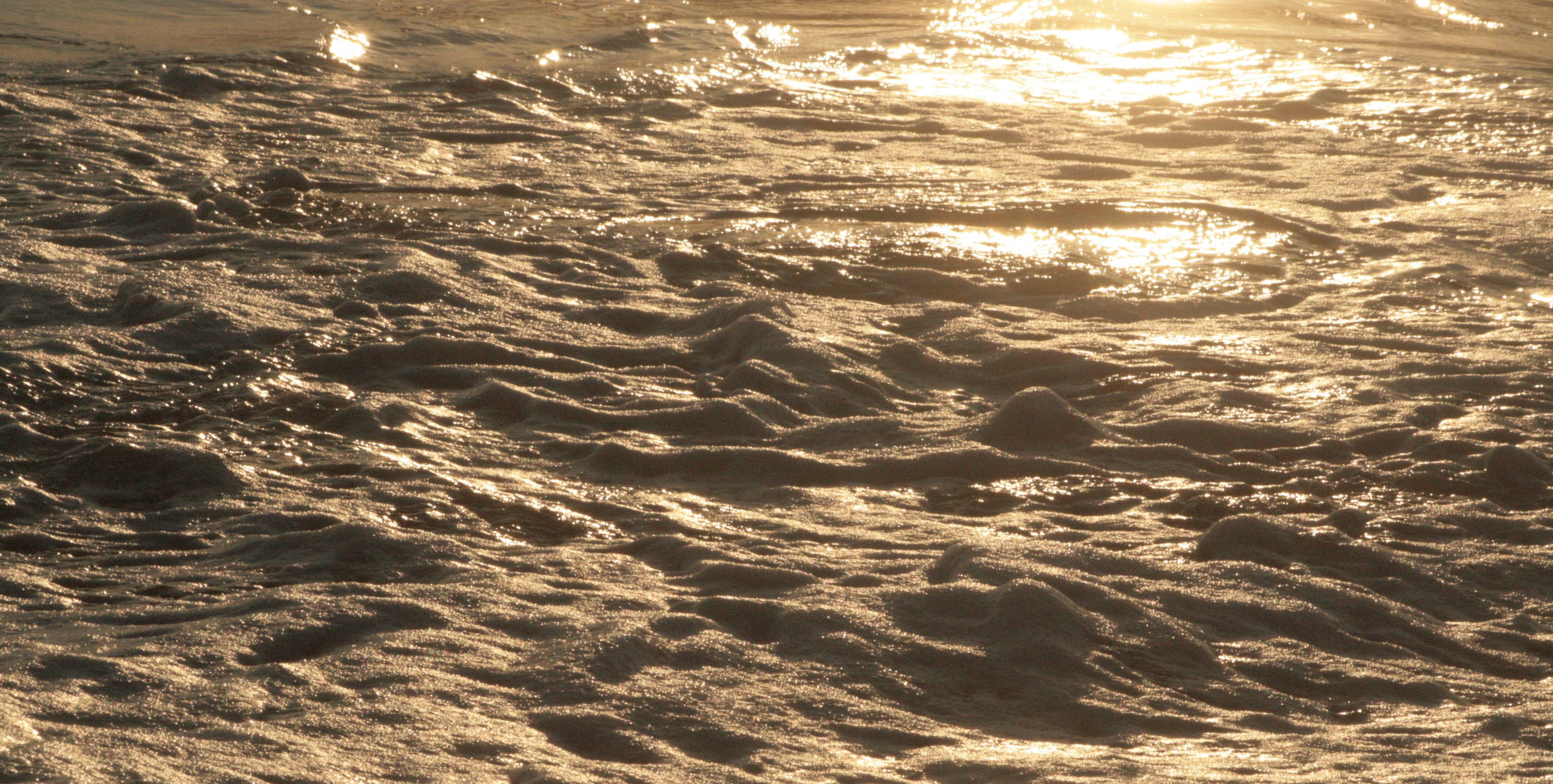 The tide is on the turn, it’s being held.
Waves still come: sailing in and heaving sighs,
marching up to whisper rushed hellos,
and breathe farewells. The popping surf, switching tack,
glazes the foreshore, brushes left and right,
and slopes off, jostling for position.

Seascapes are a constant animation:
a restless sum of nature’s forces equalled.
The water fell quite quietly last night
and flowed again as dawn light streaked the sky.
At noon, the tide crouched, ready to attack:
now it’s swollen, a greenish-blue wallow.

It moves with single-minded pace. It’s slow,
sometimes: always it changes. Stormy seasons,
clashing with the lunar almanac,
heap the sand dunes and lay the bevelled
pebble shores; they carve headlands and high
chalky cliffs. The tide moves with terrifying might,

milling the shingle in a twice daily rite,
flooding salt-marshes and sluicing shallow
pools. Twice it leaves the broad beaches dry:
twice a day it soaks them. With devotion,
twice a day, the estuary is filled:
twice it drains away, twice the seaweed black

and knotted is lifted swaying from the rocks.
In succession, twice a day, the aqua-flight
is grounded. In sheltered spots, barnacled
boats are tied to weedy moorings. Flags billow,
buoys bend and seagulls play on the ocean-
going breeze. On sunny days bathers lie

or swim; others walk their dogs, fish, or fly
leaping kites. This sea, now taut, will slacken.
Having paused for fugitive reflection,
it will ebb. It doesn’t want to end the fight
but ancient orders tell it where to go.
The tide, its authority sapped, will be quelled.

High above, creating and reflecting light,
hang heavenly things: below is motion.
I stand back, then drift away, unsettled.