Like many others, I expect, I have long been confused why and how the ‘Jesusalem’ verses by William Blake have become stuff of English patriotism, even jingoism. Yeah, I know, Hubert Parry has a lot to answer for. But it becomes even more confusing when one notes that the repeated question marks written in orignial editions are omitted in many reprints. Not my OUP edition, mind, edited by Geoffrey Keynes. It has more question points than Blake’s engraving!

I am sure all of this must have been said before, so this just to get it off my chest. The question marks are essential to the reading. I think of them as rehetorical with the unwritten answer an overwhelming “no!”

Furthering my interpretationis this excerpt from Bible’s book of the Apocalypse, which I came across today. Blake was nothing if not apocalyptic and I suggest these lines from Chapter 21 (or ones similar) might have been an inspiration.

“Vision of the New Jerusalem

Rethought and redescribed for our heterodox age, we are a long way from Jerusalem.

So. Here we are then. Just us. Just us two.
I see from The Writings that you came first:
me second, made with a rib ripped from you.
Is that the way it is to be? Cast
forever in the backwash of your sex?

The Writings are such patriarchal tripe.
explanations come from genetics
which give women conceptive bragging rights.
The egg came first, was followed by the worm,
and, for goodness sake, it is the female
of our kind in whom our children grow. They nurse
our milky infant kin. Man’s wriggling sperm
is swallowed up. We are incidental.
Whatev. What’s hers is his and his is hers?

Hmmm. It’s good to be held. Hmmm. Your skin
is soft. Hmmm. I feel safe in your arms.
Hmmm. My love . . .my hope . . . Where do we begin?
We’ll know. Instinct will kick in. Feel my palms
cup your shoulder blades. Feel my upturned hands
placed here upon your breasts. Adam, your lips.
My lips. Eve? Allow yourself. Understand
that this is what it is. There is no script.

Skin. Soft skin. At the faintest touch, or brush,
I’m taken to a rising springful place.
My eyelids fall, involuntarily
and as they do my arms and hands adjust.
Feather fingertips leave shiver traces
and silver stars spill down behind my knees.
Eve, Eve, this has never happened before.
I do not know where we are, let alone
where we are going. What is all this for?
Adam, Adam, we’re in it now, we’ve thrown
our stone; we’re jumping in, surrendering.
Adam, husshh. This passion is a tide
we cannot turn. We must give in. Rushing
waters pull us just one way. Besides
I can’t imagine it’ll be that hard.
I have to disagree. Ha! My mistake.
Hmmm. I feel, no mistake. It’s pure pleasure.
It feels good. Is it all for me?  It’s ours,
to do with as we wish. To give? To take?
To touch? To feel. Accept? Firmly and far.

Dressed neither in the turned-earth things we’ve said
nor in the future’s hearth-black silhouettes
let’s speak and hear in jumbled blues and reds
met here among the hyssop violets.
Adam, Adam! Let’s dance in purple blurs,
viridian, red, fawn and cobalt blue.
Let’s swim in tangerine and lavender
butter creams, barley, hops and honey dew.
Wrap us in a summertime of being
imbued with primrose-jasmine spells. Hold
us to your gleaming-scarlet stem, heaving
and breathing breaths of rose-quartz crimson gold.
Adam, Adam, let me to Kingdom come.
Oh you. Oh you. Oh you. And I. Are one.

I love you, Adam, man. You are my home.
I love you, Eve, and love this loving hour.
Together, we are finished; we are whole.
We have grown, come of age¸ flowered.
Eve – you shine like morning Sun on water;
you have the beauty of a cloudless sky.
We share this emptied moment afterwards,
a touching, thrilling a single source of life.
My darling one, your breaths are softer now.
As are yours, my sweetness. I love you, Eve,
and love this precious time drawn close and calm,
time spent in the lea of our desires
It’s time I wish would last eternity
a timeless time of blissful certainty.

(for two voices, set before the Fall, from a very long poem I am writing called ‘body+blood’. Posted here for Emma on our 23rd wedding anniversary)

Poet Rebecca Watts has criticised the new wave of high-selling female poets such as Rupi Kaur, Hollie McNish and Kate Tempest in a literary magazine, saying “we must stop celebrating amateurism and ignorance in our poetry”.

In a piece entitled ‘The Cult of the Noble Amateur’, currently the most popular article on the PNR’s website, Watts has compared the poets to US president Donald Trump by arguing “ability to draw a crowd, attract an audience or assemble a mob does not itself render a thing intrinsically good”. She also claims that social media has dumbed down poetry and that the “honesty” and “accessibility” of these writers compromise the “aspiration to do anything well”.

McNish has claimed the article is an “extremely one-sided piece” in a response on her blog.

“Why is the poetry world pretending that poetry is not an art form?,” Watts wrote in the January/ February issue of PNR. “I refer to the rise of a cohort of young female poets who are currently being lauded by the poetic establishment for their ‘honesty’ and ‘accessibility’ – buzzwords for the open denigration of intellectual engagement and rejection of craft that characterises their work.”

The Cambridge-based poet asks “what good is a flourishing poetry market, if what we read in poetry books renders us more confused, less appreciative of nuance, less able to engage with ideas, more indignant about the things that annoy us, and more resentful of others who appear to be different from us?”

Watts compared Kaur, McNish and Tempest to Trump and argued that “like the new president, the new poets are products of a cult of personality, which demands from its heroes only that they be ‘honest’ and ‘accessible’, where honesty is defined as the constant expression of what one feels”. She wrote that this “accessibility means the complete rejection of complexity, subtlety, eloquence and the aspiration to do anything well”.

The Carcanet Press-published writer laments how the popularity of social media has led to a “dumbing down” of poetry. “Of all the literary forms, we might have predicted that poetry had the best chance of escaping social media’s dumbing effect; its project, after all, has typically been to rid language of cliché,” she wrote. “Yet in the redefinition of poetry as ‘short-form communication’ the floodgates have been opened. The reader is dead: long live consumer-driven content and the ‘instant gratification’ this affords.”

She is also concerned that “the middle-aged, middle-class reviewing sector is terrified of being seen to disparage the output of young, self-styled ‘working-class’ artists” but that “to foster the kind of intelligent critical culture required to combat the effects of populism in politics, we must stop celebrating amateurism and ignorance in our poetry”.

McNish, whose collections are published by Picador, has responded with a blog post, tweeted to her 22,000 followers, in which she wrote “I normally don’t reply to these sorts of articles, because I am happy to have my writing critiqued in any way” but went on to say that the literary nature of the magazine and the assumptions made in the article had encouraged her to respond.

She said that “when something like this is printed in a very prestigious literary magazine which goes further than any writing critique to make assumptions about my (lack of) education, my love (or not) of language and my personality, as well as patronising and insulting a whole swarm of other writers who I love and admire and who I know love poetry as much as anyone, I feel it’s nice to be able to reply”.

She revealed how she felt “like this is an extremely one-sided piece and if it’s going to be used to prove how shite and attention-seeking I am, I’d like a space to stand up for myself”.

According to the Guardian, the PN Review article has “split the poetry establishment” with editor Michael Schmidt sharing various positive responses.

Poet Don Paterson, who publishes McNish and Tempest at Picador, told the Guardian: “If you’ve ever seen Hollie perform, the suggestion that she doesn’t know exactly what she’s doing is pretty funny. You don’t have to like what people do, but I think you measure it against its own ambitions. Otherwise it’s like saying TS Eliot was a terrible hip-hop artist. True, but so what.”

Watts, who was reportedly prompted to write the piece after being asked to review McNish’s Plum (Picador), told the newspaper that she only intended to use the book “as a case study in order to examine the intricacies of a wider cultural phenomenon”.

Writer and Host of “Poetry Unplugged” at Covent Garden’s Poetry Café, Niall O’Sullivan, tweeted that he did not believe Watts’ “hatchet job” was due to bitterness or jealousy but that the problem is “more about the values of the academic mainstream, how they are passed on through workshops, prizes and certain codes of conduct that must be observed in order to progress”.

He wrote: “When a group of young women go on to individually outsell entire shortlists, this suddenly renders the values of the workshop culture as inconsequential within the wider world.”

Spoken word artist Melanie Branton responded to the “somewhat inflammatory article” in a blog titled ‘Accessibility vs Elitism’. She said: “Don’t read it if you’re a spoken word artist – it will make you very cross, especially if you’re an admirer of Hollie McNish, whom Watts repeatedly misrepresents, in an oddly personal attack.”

Branton believes that Watts “does make some valid points” but that she “repeatedly makes prescriptive assertions of what poetry ‘is’ or ought to be, ignoring the fact that, even within the ‘establishment’ there are competing schools of poetics”.

Beth is a woman from Brockley,
who likes to do everything properly.
She’s loving and kind,
resourceful, refined,
and best of all brilliant at cookery. 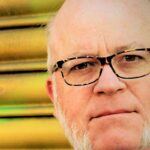